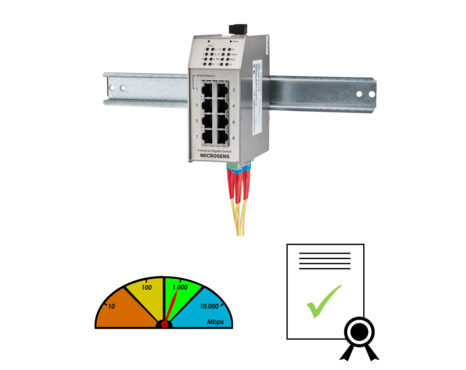 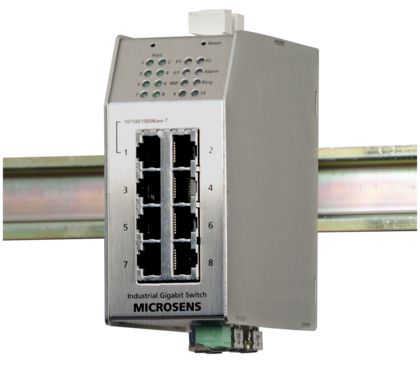 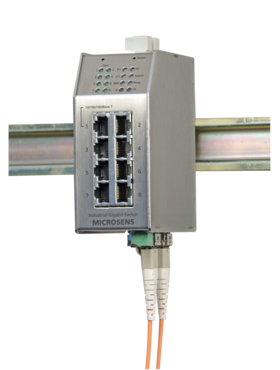 The 10-port Gigabit Industrial Switch of the Profi Line series is the most compact manageable switch solution from MICROSENS for industrial networking. In addition to the two SFP uplink ports (100/1000Base-X SFP slots) and the seven 10/100Base-TX copper ports, another Dual Media Comboport is available (10/100/1000Base-T or 100/1000Base-X).

The Profi Line version is specially approved for rail applications. With certification according to the standards EN50121-4:2006 (for stricter EMC requirements for electromagnetic immunity) and EN50125-3:2003 (temperature, climate, vibration and shock resistance). The switch can be placed directly up to 1 m of the railway track.

With further certifications according to IEC 61850-3 and IEEE 1613, this switch can also be used in extreme high-voltage environments such as those found in power plants and transformer stations of power utilities and in energy transport. The gigabit ports are available for setting up a fiber optic ring (fast redundancy) and the copper ports for connecting Ethernet devices such as machine controllers, network uplinks, consoles and other network devices.

Fast redundancy is made possible by a mechanism patented by MICROSENS that reconfigures the Ethernet network within milliseconds in the event of a fault. The switches are configured and monitored via the integrated management. This can be done via Telnet, SNMP, web or the MICROSENS NMP software (Network Management Platform). 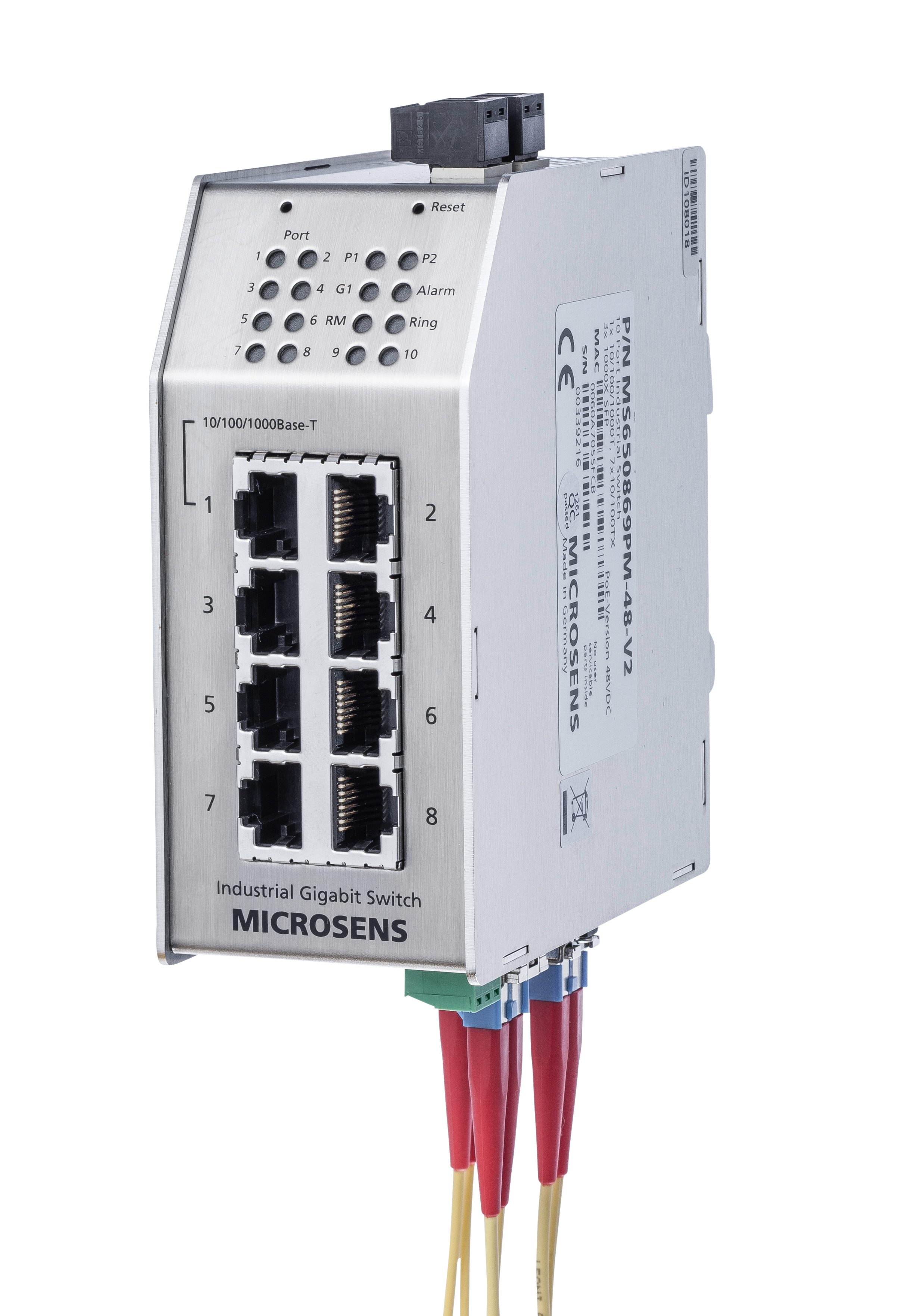