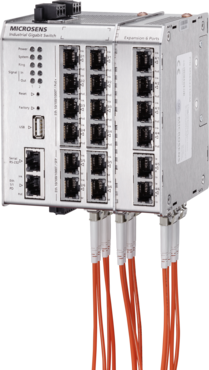 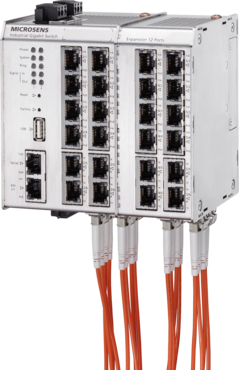 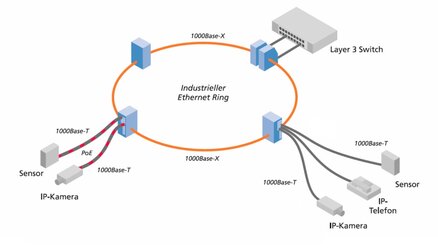 The modular design of the Profi Line Modular Switch enables expansions according to your requirements, which limits initial investments to a minimum.

The switch base module offers thirteen Gigabit ports, four of which can be upgraded as combo ports with SFP modules to fiber optic connections.

Despite its space-saving design, it has two alarm inputs and two alarm outputs each. To be used for example for cabinet monitoring or sensor/actuator integration. The copper ports offer PoE/PoE. These can be used to supply connected terminals with power without additional cabling in a cost-effective way. The switch itself can also operate without its own power supply, powered via PoE/PoE+ as a powered device.

25 Gigabit ports on DIN rail even in the smallest of spaces. The MICROSENS Profi Line Modular Industrial Switch makes it possible.

Switch operating system, firmware and configuration data are stored on an SD card. Should a switch have to be replaced, the existing SD card is simply inserted into the new device, which automatically takes over all settings. 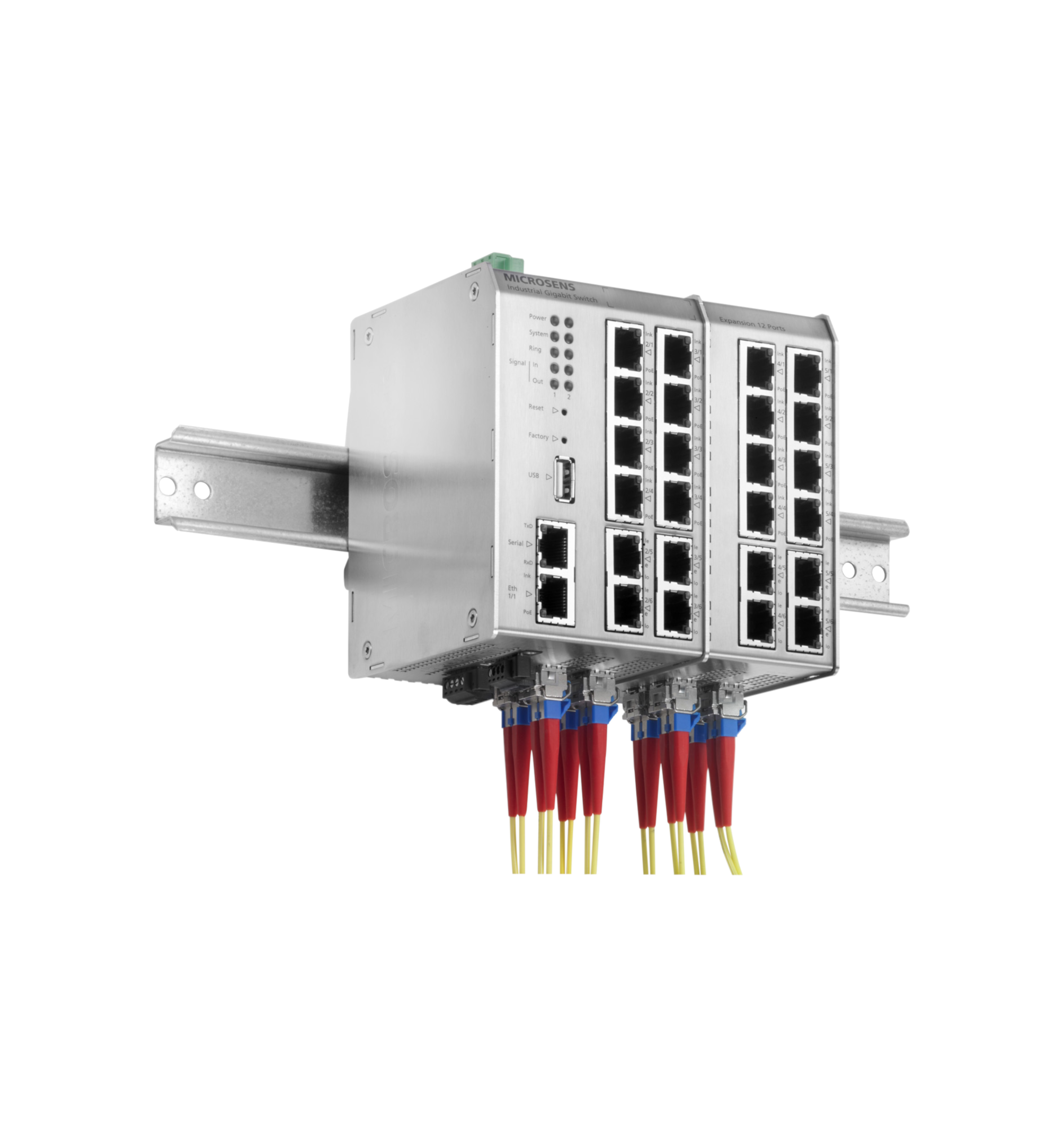