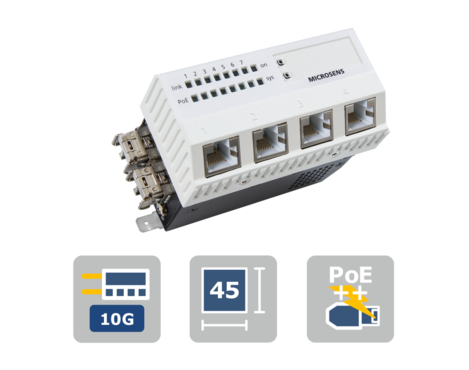 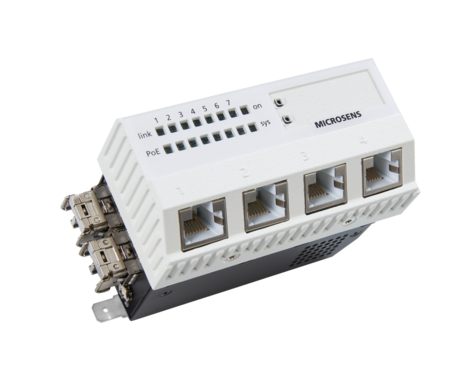 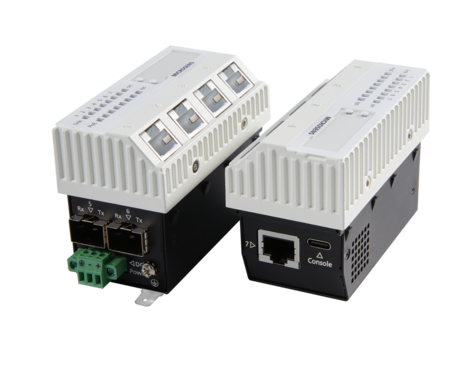 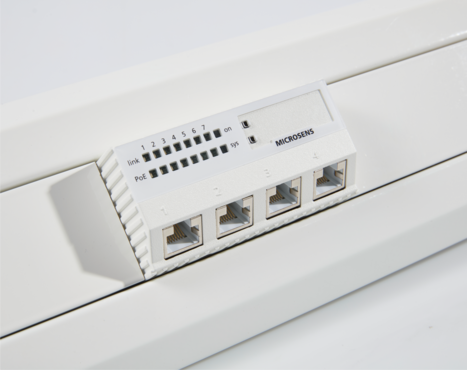 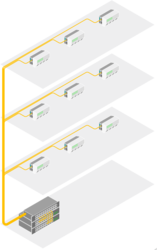 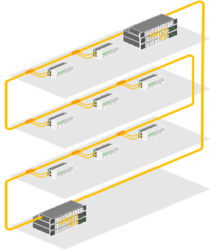 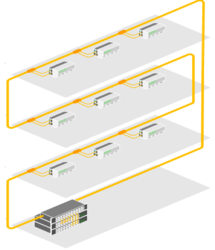 Beta Version Firmware G7 - This version has beta status. For possible damages caused by the use of this beta version MICROSENS does not take any liability.

25 years after the first generation of FTTO Micro Switches, in what is now the seventh hardware version, MICROSENS is setting new standards in the area of performance and applications for FTTO networks with the G7X Micro Switch 10G. The Micro Switch can be installed directly at the workplace and converts the fiber-optic-based network cabling to a typical RJ-45 user interface.

Parallel to the current Generation 6, Generation 7 will also retain the M45 form factor, which was introduced years ago. This module size was introduced by MICROSENS in the micro switch sector in 2003 and has become the market standard.

The Micro Switch, equipped with 7 ports, has two 1/10GBase-X uplink ports (according to IEEE802.3z / IEEE802.3ae). Due to the double 10G capacity, this allows a new flexibility in network topologies: in addition to the standard star topology, the topology can be connected in a powerful redundant way via two data centers. Furthermore, the micro switch is also suitable for high-performance cascading (bus topology), which can easily be converted into a redundant ring topology. The implemented ERPS ring protocol (Ethernet Ring Protection Switching), specified according to G8032.v2, provides the functionality required for this.

Five RJ-45 ports on the Micro Switch 10G are used to connect various workstation applications. The user ports, designed as 4x 10/100/1000Base-T, are equipped with PoE+ according to IEEE802.3af / IEEE802.3at as PSE (Power Source Equipment). This enables PoE-compliant end devices (VoIP telephones, WiFi access points, IP cameras, thin clients, etc.) within the office environment to be supplied with power directly and without a separate power supply (54 VDC typ.). Another RJ-45 port, also referred to by MICROSENS as a "downlink port", remains concealed within the installation and is used to connect another workplace or workplace-related application. This port is designed as a 1/2.5/5GBase-T (according to IEEE802.3bz, also referred to as a "multigig port"), whereby MICROSENS specifically follows the IoT trend towards a modern and maximum performance WiFi infrastructure and connects Wi-Fi6 applications (according to IEEE802.11ax) via the FTTO network. The downlink port is also equipped with an extended PoE budget (PoE++ according to IEEE802.3bt, also referred to as 4PPoE, Hi-PoE or U-PoE) to supply WiFi access points with power via the port.

A built-in USB C interface, also concealed when installed, serves as a console port for direct management access to the high-performance Layer2 management, based on a future-oriented Linux operating system. The range of features is very wide especially in the area of IT security (IEEE 802.1x, VLANs IEEE 802.1q, etc..)

Access is password-protected via all common management interfaces such as browser-based (via web browser https/http), SSH, SNMPv3. The NMP software from MICROSENS optimizes access to a large number of micro switches within an FTTO network by means of group and master configuration. 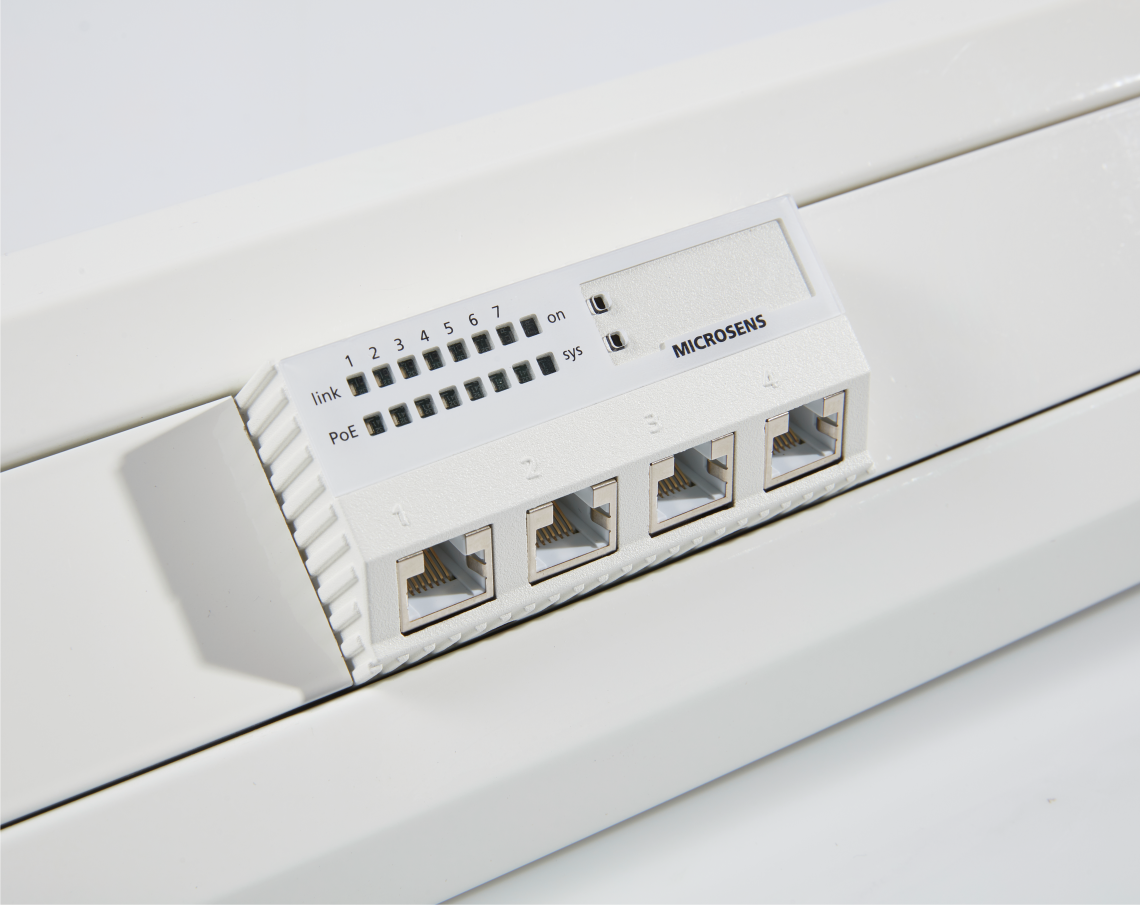