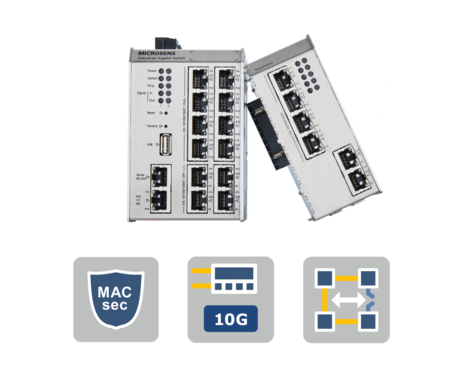 The success factors of the well-established MICROSENS Profi Line Modular Switches are the modularity and expansion options. A new module from MICROSENS now complements the PLM series with features that lift the PLM into new heights in terms of performance:

The PLM switch can now be enhanced by the 10G module MACsec in order to improve performance and security. The design and hardware is based on the Profi Line G6 series, the 10G expansion module offers the same features as the Profi Line series.

The uplink ports can be operated with encryption to ensure secure communication between the devices within the LAN. Security plays an increasingly important role, especially when it comes to communication via fiber as these communication paths are often routed in or through public areas. The standardized MACsec function (media access control security) according to the IEEE 802.1AE standard, which has been well-proven in Layer2, ensures this.

The PLX Switch is the standalone version of the 10G expansion module of the PLM switch. 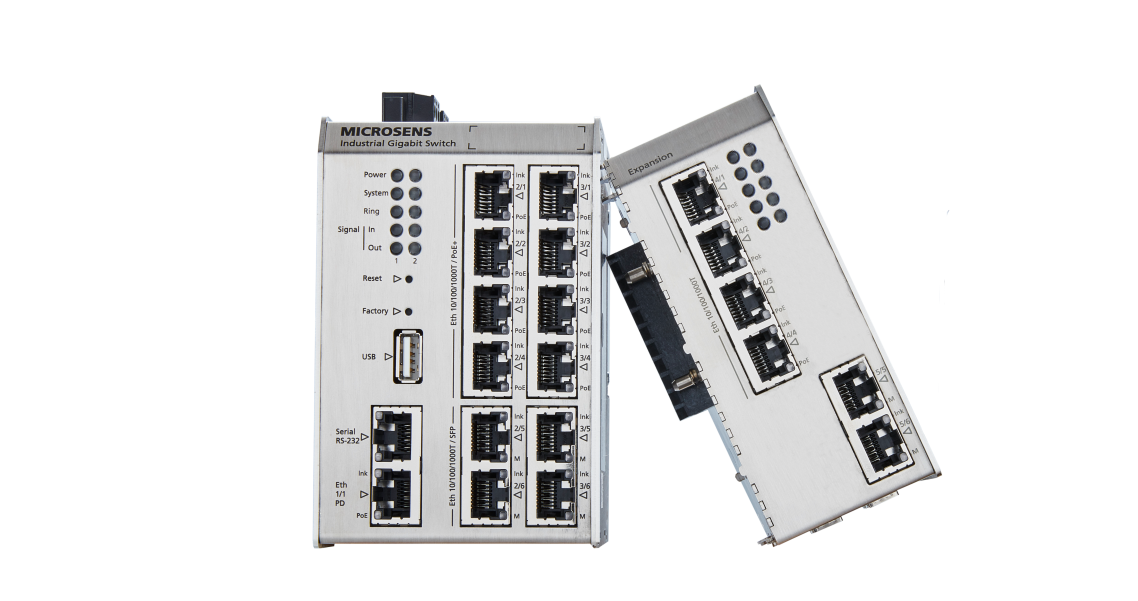