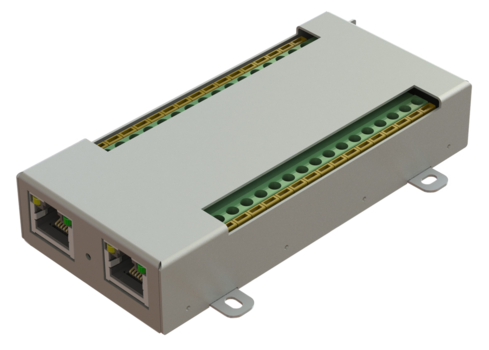 Less cable tangle, more control options: At the Light + Building 2018, euromicron subsidiary MICROSENS launches its new Smart I/O Controller. The PoE-powered module permits the direct integration of any device on the sensor-actor layer into the IP infrastructure of modern buildings. This makes it possible even to directly address legacy field devices in the IP network by means of modern control options.

MICROSENS integrates the complete building technology into the IP infrastructure of modern buildings. Up to now, the most convenient way to integrate non-IP-capable devices was to use wireless communication. With the Smart I/O Controller, MICROSENS has developed an option to even control analogue devices of the system directly over Ethernet. As the devices are powered via Power-over-Ethernet (PoE+), it is not necessary to install a control bus or additional power cables. With this new product, MICROSENS closes a technical gap and offers a building automation solution without interface problems which is completely networked over IP.

Especially, the new product addresses the operators of buildings with existing automation infrastructure. If the building is modernised or refurbished, it is meant to allow the migration to the Smart Building concept with as little effort as necessary. The Smart I/O Controller connects the sensor and actor technology already installed in a IP networked buildings and, thus, permits the integration into the MICROSENS Smart Building solution.

The MICROSENS Smart I/O Controller serves both to capture sensor signals and to address and control automation actors. It is offered with input and output ports for digital and analogue signals and closes the gap between analogue devices and IP-based building automation.

The Smart Director App and the integrated IEC61131-3-conforming SPS runtime system permits the administration of several Smart I/O Controllers and end devices connected to them. This is valid both for actors and sensors. Users can operate and configure the connected devices over the Web-based interface of the Smart Director App. Users can program individual functions by means of the microSys development environment conforming to IEC 61131-3. 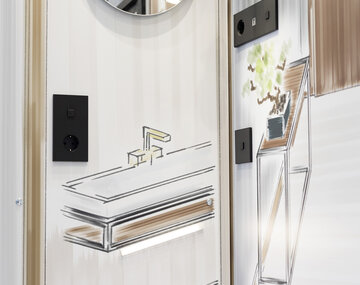 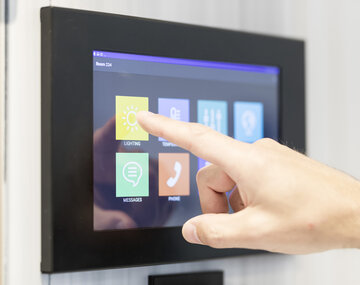 Customised Building and Service Automation for the Hotel Industry

The euromicron subsidiary MICROSENS now also offers its room automation solutions especially for applications in the hotel industry. The individually…

Transmitting information via fiber optic connections offers numerous benefits. MICROSENS GmbH & Co. KG recognised this very early on. As one of the pioneers, the company has developed and produced high-performance communications and transmission systems in Germany since 1993. Individually matched to the demands of diverse usage areas and embedded in comprehensive concepts for individual sectors. But, above all, close to the customer. Technical challenges from customer projects are incorporated directly into product development. This way, IP-based automation solutions are created for modern buildings, cost-efficient network concepts for the office and workspace, robust and fail-safe solutions for industrial environments, optical transport systems future-oriented wide area networks and efficient coupling of sites and computer centres.