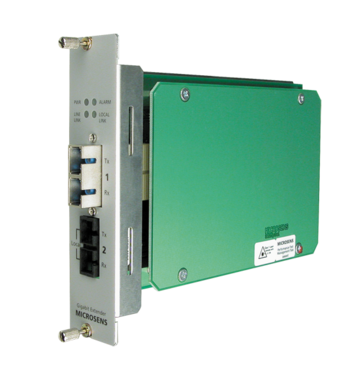 The range limitation of a multimode fiber in the Gigabit transmission speed range quickly pushes existing outside cabling to its limits. In particular those designed in multimode 50/125. In the 1980s and 1990s, the range/bandwidth quotient was not yet taken into account in the planning and implementation of fiber optic-based networks. Multimode was also used for outdoor applications.

These network topologies are now reaching their capacity limits in times of gigabit.

MICROSENS has developed a special component for this case which is used as a insertion module within the MSP800 platform: the Multimode Gigabit Extender.

This can be used for the transmission of Gigabit applications such as Gigabit Ethernet or Gigabit Fiber Channel on existing multimode lines and enables ranges of up to 2 km. The disadvantages of multimode fibers due to the mode dispersion severely limit their use, especially at data rates in the gigabit range. For Gigabit Ethernet according to the 1000Base-SX standard, the range to be realized is reduced to 550 m for the 50/125m multimode fiber.

When using 62.5/125m multimode fibers, a range of only 275 m can be realized here. The Multimode Gigabit Extender nevertheless allows the use of existing Multimode backbone structures for Gigabit bandwidths. A migration of the multimode based backbones to Gigabit applications can thus be realized easily and cost-effectively. An exchange of the existing multimode fiber for single mode fiber is not necessary.

The application area of this device is not only limited to Gigabit Ethernet (1.25 GBit/s) but also supports the transmission of Gigabit Fiber Channel (1.0625 GBit/s). In the "M" version (MS416651M) the Multimode Gigabit Extender can be monitored via an optional management module (MS416020-B) via SNMP, Web and Telnet access. 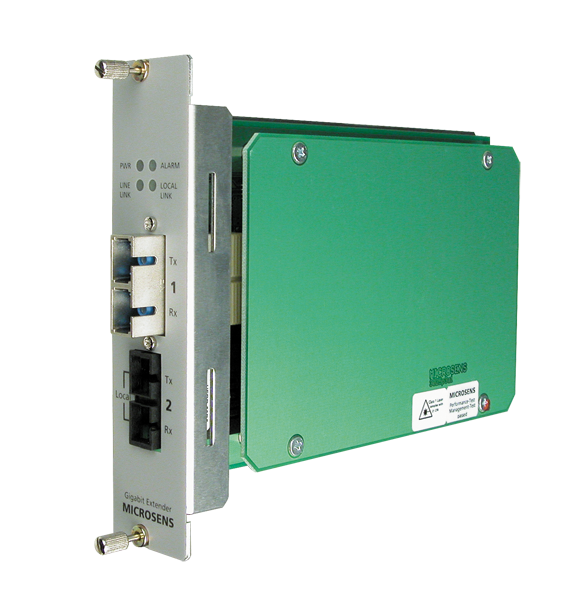